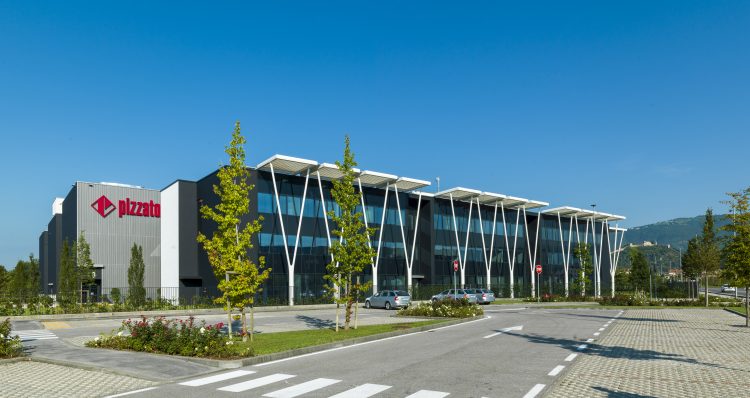 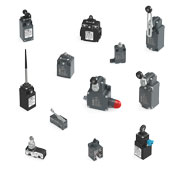 An entrepreneurial company such as Pizzato Elettrica has its foundations in a system of solid shared values. The pillars that form the basis of the company's work remain constant and constitute the fundamental guiding principles of Pizzato Elettrica.
• TERRITORIAL ROOTS. Pizzato Elettrica is a prime example of the rich entrepreneurship that characterises the North East of Italy. The area is highly productive in many business sectors from agriculture to high technology and makes a significant contribution to Italian wealth creation. The productivity rate is among the highest in Europe and is the result of the tradition of export orientated businesses in the region. The North East of Italy hosts over 400,000 firms in a territory of just over 4 million inhabitants.
• ORIENTATION TO EXCELLENCE. Innovation and development: this company philosophy is at the heart of the operations and product quality assessments. Pizzato Elettrica applies this philosophy to all and every aspect of the organisation. The strong propensity for research and innovation characterises the design of products to bring a reliable and innovative solution to the market. Customers choose Pizzato Elettrica products in the certain knowledge they are of certified quality and the fruits of a scrupulous development and production process.
• LISTEN TO THE CUSTOMER. To be successful a product must respond to the needs of those who will use it. Quality alone is not enough. Market developments must be carefully monitored to disseminate truly useful trends. This is why Pizzato Elettrica has always cultivated close connections with and feedback from the end user. This continuous dialogue helps to identify the useful demands and therefore potential developments to the product range to provide optimal solutions. 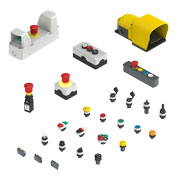 6th NOVEMBER 1984. This is the date that marks the beginning of a long business story; the story of a family able to build a company and grow it continuously and consistently to reach important goals. All this guided by spirit, a strong work ethic and initiative.

80S. The company was originally called Pizzato, owned by Pizzato B & C, a general partnership firm with headquarters in Marostica. It was immediately able to make an impression on the market

due to the high quality of the product. In the short space of four years the company had developed sufficiently to become a limited company. On the 18th April 1988 it was inaugurated and renamed
Pizzato Elettrica Srl. From this point the Pizzato Elettrica brand was destined to become renowned and respected nationwide. During that same year, its first factory was constructed. This wholly
owned plant was primarily geared towards mechanical production aspects. By the end of the decade, following the experiences gained in the domestic market, Pizzato Elettrica turned its sights
to the international market. In 1989 the sale of Pizzato Elettrica products started in the USA.
.
• 90S. With the introduction of new machinery and the adoption of the latest technology, the Pizzato Elettrica range of products continued to grow and become more specialised. In 1994 Pizzato Elettrica introduced its first line of prewired switches. These were met with immediate success. In 1995 the second factory was built. This plant was geared primarily towards plastics moulding. This new facility prepared the brand to enter new frontiers with South Africa in 1995 and Australia in 1997. The years 1996 – 1997 saw the development of safety devices. This strategic sector was growing rapidly to meet the demands of the new European directives on safety in working environments. Pizzato Elettrica quickly became the leader in this field in the Italian market with the development of safety switches and switches with solenoid.
Typical of its spirit of innovation, Pizzato Elettrica was one of the first companies in its sector to appreciate the strong potential of the Worldwide Web. Pizzato Elettrica created a presence on line in 1996 with an exclusive multifunctional site. In 1998 came the construction of the third factory. This new plant was designed for the assembly department.
.
• 00S. The new millennium heralded the search for quality certification: the ISO 9002 was achieved in April 2000, followed by the ISO 9001:2000 achieved in 2002. During this time the technological evolution continued and in 2000 the design department began using CAD 3D systems. This allowed new models to be developed such as safety modules (2002) and switches conforming to the European ATEX directives (2005) for devices used in potentially explosive environments.
By this time Pizzato Elettrica had become a company with a global presence. The construction of Pizzato Elettrica new headquarters and logistics building in 2002 heralded the company's entry into a future strategic market, China, in 2005. The new safety hinge switch, the result of a design project combining safety and style into a single product, was introduced to the market in 2006. The HP series product was selected by the panel of judges for the 'Innovation & Design award 2007' as one of the industrial products most distinguished by unique design and technological innovation. In 2007 the company extended the range of products for machine safety by introducing two new series of magnetic safety sensors, suitable for the monitoring of protections and repairs. The early months of 2009 witnessed the introduction of the unique P-KUBE line, a safety handle assembly for integrated guard access control. This was followed by the new line of modular prewired switches with original characteristics. These developments enables Pizzato Elettrica to offer one of the widest product ranges in the position switch market.

A simple brand name is not enough. The company is aiming for the Pizzato Elettrica brand to be universally recognised as a synonym for absolute quality and reliability. This aspiration has been achieved and consolidated over the years, updating and expanding the range of certifications obtained. This ranges from the most important Italian and international quality standard associations. Product quality is assessed by four accredited external bodies: IMQ, UL, CCC & EZU. These bodies, with logos appearing on the great majority of products, set high technical and quality standards for the company to achieve and maintain. Qualified inspectors make seven different unannounced investigations yearly. These tests are performed on samples and materials taken from production or destined for customers, or from the market directly. 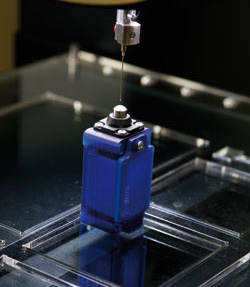 That Pizzato Elettrica has been able to take a leading role at a European level in quality assessment is a testament to the level of research and development the company undertakes on a daily basis.
This is a strategic sector that is vigorously exploited by Pizzato Elettrica through its continuous programme of innovation.Indeed, this strength represents the most important value added feature the company can offer the customer. On average, Pizzato Elettrica develops three innovative projects each year covered by international patents. This is a route the company has been following from the beginning, fully appreciating the importance of registering and protecting ideas. The ideas enable Pizzato Elettrica to maintain an important differentiation from the competitor. This process of developing and registering tens of important patents has distinguished Pizzato Elettrica and allowed it to occupy a leading market position. This ever evolving ability is clearly demonstrated by the recent innovative developments in the safety devices sector. This field is expected to change significantly in the coming years through profound technological development. This being a path Pizzato Elettrica intends to continue to follow, defining new developments to respond to the new international market trends.